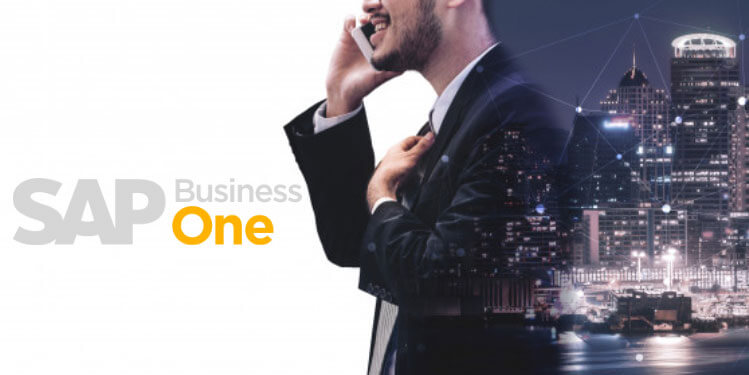 SAP software is software or applications that are often applied in leading companies that are useful for integrating their business development. Stands for SAP itself is the System Application and Processing.

It can be concluded that SAP is the largest ERP (Enterprise Resource Planning) based application worldwide as an application made in Germany. The ERP here is an integrated system to support operational activities in a business. This ERP integrates all parts of the company so that they can work together effectively, and are able to achieve results according to the company’s target.

Therefore, the role of ERP here is very important for a company. In addition, with ERP the job becomes easier because things that were originally done manually can now be done automatically. This is what makes ERP the most important resource for companies that must exist.

Actually there are many ERP applications, but most companies in the world use SAP, including Indonesia. There are many business activities that have already been implemented. Even some companies have switched to using SAP, so the presence of someone who understands the SAP program at this time is needed.

Also read: Stands for SAP to the Importance of Using SAP Business One

Use of SAP in Indonesia

Initially, SAP was made for the manufacturing industry. In the State of Indonesia, SAP has been implemented since the 90s. SAP was first implemented by companies such as Indofood, Astra International, and Toyota Motor Manufacturing Indonesia. Only after that, followed by several other companies.

Until now, there are many companies that implement ERP in Indonesia. Among them are Telkomsel, Daihatsu Motor, Blue Bird, Aqua, United Tractor, Pertamina, Bentoel Prima, and others. The application of SAP modules used by each company also varies, ranging from the use only in its sales distribution, to the financial accounting department. To implement this SAP program, you can partner with SAP Gold Partner.

SAP is able to perform various functions according to company objectives. This application consists of several large programs that are completed by sub programs. The SAP program here means that structured instruction commonly known as code created through the ABAP programming language or specifically SAP. The ABAP language aims to control computer behaviour in order to record business transactions and perform various analytical functions.

When the SAP program operates, it has certain functions such as functions in the fields of procurement, warehouse management, sales orders, finance, and so forth.

This software is actually quite expensive, so it’s usually only bought by large companies. Because SAP’s main function is to automate business processes at a company. In addition, not all companies need the SAP program. For most medium and small companies, the functions that are in SAP are considered too sophisticated and excessive to meet their needs.

For small and medium-sized companies there are several other alternatives compared to SAP that is simpler and more affordable. These alternatives are suitable for companies that do not have a large budget to meet the IT system. Actually the power of SAP can work optimally when the system is used to manage a multinational company. SAP is implemented in several global companies, bearing in mind that this program has exceptional scalability capabilities and can handle business operations.

Also read: What is SAP and its Benefits in the Business World?

Reasons for the Importance of Learning SAP

With the increasingly complex business operations within a company, the greater the company’s needs for ERP software. SAP program can be said to be the foremost for ERP software, even many companies have used SAP or even switched to the program.

The more companies that use SAP, increasing the need for specialists or experts who understand the SAP system. Even most companies like SAP experts who are not bound, such as freelance or freelance workers, given the costs incurred for SAP part-time consultants is greater than internet employees in a company.

So, learning SAP is a must and there are several ways that can be used to learn SAP including self-taught and training.