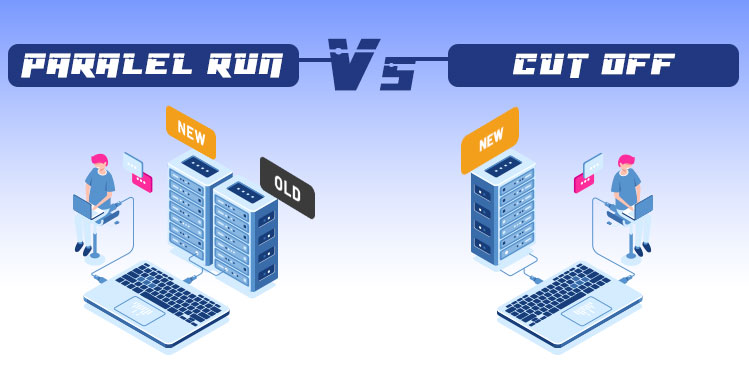 One of the strategic decisions that we feel is important and is one of the key determinants in the implementation of the ERP system is to decide whether when the new system starts running (go live), the old system will still be used? Or is the old system out of use?

For example, after the project has been running for 6 months, the new system is scheduled to be use in January 1, 2021. Then, is the old system will still be used ? Or wil it be stopped immediately ?

In terms of users, generally they immediately decide or at least think that when the new system Go Live, at least it will be parallel with the old system for a certain time, for example 3 months.

The classic and relevant reason is, in order to be safe so that in the event of a new system problems, the company’s operations will not be disrupted because there the old system is still there as a backup.

Hmmm …. Sound Perfect. Yes, it was decided to go parallel.

That’s why we often hear about Never Ending Project.

This never ending project, according to our observations, is partly due to the parallel run during the go live of the new and old systems with no time limit.

So even after going live, the user is still doing input into the old system, and it is not clear when the end time of it and what are the parameters.

Why do users rarely choose the Cut Off option? The reason is because the user feels at the time of changing the system, if the old system is immediately “shut down” then if there is “something” happen to the new system, the company’s operations can be disrupted.

For example, a company cannot deliver goods, collecting goods or payment, and so on which results in losses.
Based on experience, we tried to make a comparison summary list between Parallel Run vs Cut Off:

Judging from the advantages and disadvantages of the new IT system Go Live Strategy, of course both have risks.

Everything is left to the Project Management who deals with user conditions, business process complexity, and data complexity.

We ourselves have decided to choose Cut Off Strategy in all SAP Business One implementation projects in which we are involved. Of course, with more optimal results.