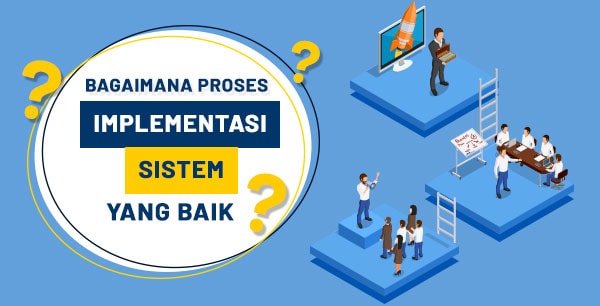 In all countries, if a company wants to be well managed, then one important aspect is having a system that can assist the operation and management of business operations properly.

Therefore, the need for a well-integrated computerized system is important.

Computerization is no longer discussed only for small companies, but now it has touched micro companies.

For example, recording sales and stock positions in stores using a mobile device.

However, in the midst of the increasing number of information technology options today, the implementation of a new information system in an organization or company is not getting any easier and is still a challenge.

Whether it’s a company that has use a system or for the first time using the system.
Both have their own challenges.

We often heard news about company having failure in implementing a system and its users feel disappointed because the existing system cannot help the operation optimally, aka “failure”.

Elsewhere, we hear of companies that can use existing or new system with success. And strangely, both companies use the same system.

Based on the data we have tried to collect from 1994 – 2015, the results obtained are quite surprising, where the success rate of implementing the system for 20 years is only in the range of 20% – 35%.

This means that for every 3 to 5 ERP system implementation projects, only 1 project is successful. 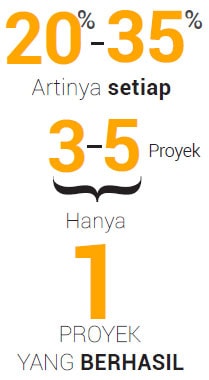 It is very surprising to see this result.

Then we try to compare with a report from Standish Group entitled “Chaos Report” regarding the implementation of the ERP system. 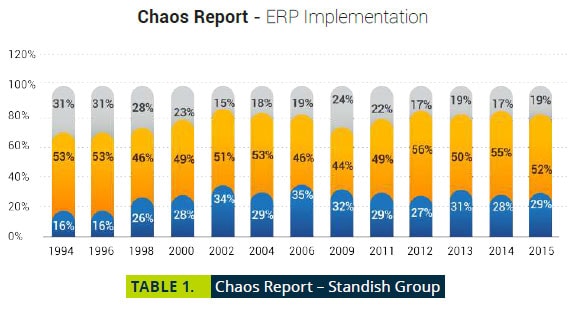 So far, we have always assumed and thought positively.

With the development of technologies, the more companies become aware of implementing Standard Operating Procedures (SOPs) and the advancement of user education (Users), the implementation of new systems will become easier. Thus, the greater the hope for success.

However, if viewed from the report, 50% of companies fall into the “challenges” category after implementing a new system.

While 20% of companies fall into the “fail” category.

According to the “Chaos Report”, 50% of companies “have challenges” due to several factors:

In this article, we will focus on implementing ERP systems that are already available in the market. Although generally have the same challenges, implementing a custom build system poses more challenges.

The implementation of a custom build information system becomes more complex, this is because it takes time to build the system and also it need more testing effort than using a system that is already available in the market (off the shelf), not to mention the time needed to fix errors (bugs) arising from a newly created application.

Implementation of information systems is generally also assisted by external parties, in this case a consultant who is an expert on the application it represents, but also many companies that carry out the ERP implementation using the company’s internal personnel, if they feel they already have expertise in technical matters.

Actually, the ERP system implementation process is divided into several important stages which aim to make the external team / consultants who help and the company’s internal team understand and understand from the start of the project, what the duties and responsibilities of each team in the project are. The stages in the implementation are:

Thus, we can identify the risks that exist in the project as early as possible from the start, and not when the project is almost or has been completed.

All of these key points exist in every stage of implementation, according to their activities and interests.