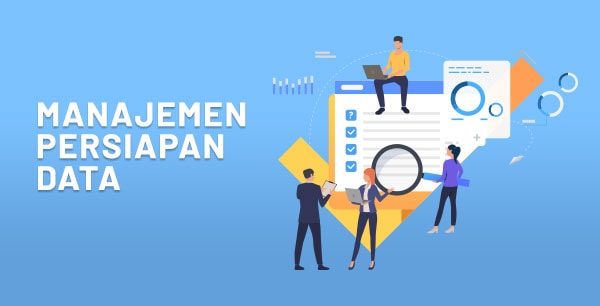 We have heard the term “Garbage in Garbage Out” very often, but from our observations, data preparation for moving to a new system is often overlooked and becomes one of the fatal obstacles. Therefore we also include this as part of the 8 keys to a successful ERP system implementation.

Not a few projects ended in fatalities due to data accuracy problems, even though the system, SOP, and users were ready.

Based on our experience in re-implementing an ERP system, the tendency of users is to blame those who helped previously, whether consultants or developers, but in many cases it turns out that data is one of the main factors.

In some industries such as retail, preparing data migration from the old system to the new system can be a challenge itself.

An example of our experience is a retail with number of item master data above 2 million.

Can you imagine moving that much data and what is the validity of that data?

Has everything been transferred? Or only the active ones? How to determine active items?

Another example when we implement SAP Business One in the distribution industry, customer master data can be a challenge, for example, when the amount of data is above 30 thousand customers, is there any repetitive data? Like 1 customer had 2 customer codes.

Usually when changing the system, users also trying to improve the quality of their data, or adding certain information for their reporting needs.

For example, the existing customer data does not have information on the city where the customer is located, making it difficult to generate sales reports by city.

To be able to produce this report, the data must be completed at the time of migration to the new system.
Imagine how to complete the city data for 30 thousand customers.

When we talk about data transfer during ERP implementation process, of course not only Master Data such as items/goods, customers, suppliers but also how to move balances from all of them?

For example, the balance of goods in terms of quantity and value? What is the balance of accounts payable and receivable? And are historical will also be transferred to the new system?

TIPS:
Now maybe you can imagine how important data management is. It must be planned properly, and as soon as possible.
We usually discuss this data transfer in line with business process discussions, this is so that users have time to prepare their data, and make necessary corrections before the new system runs.
Considering that the work for data migration takes up time and energy from users, it requires scheduling and commitment from all parties, where usually the team that helps the project is still doing its daily operational work.
One tip for validating data prepared by potential users is to use it during training, and also testing.
By using data prepared by prospective users, during Training and Testing the user will be able to validate and at the same time be able to imagine using the system more realistically.
Using data that was prepared only during the final stages of preparation for the new Go Live system would be very risky and have fatal consequences.
Hopefully you never do this.