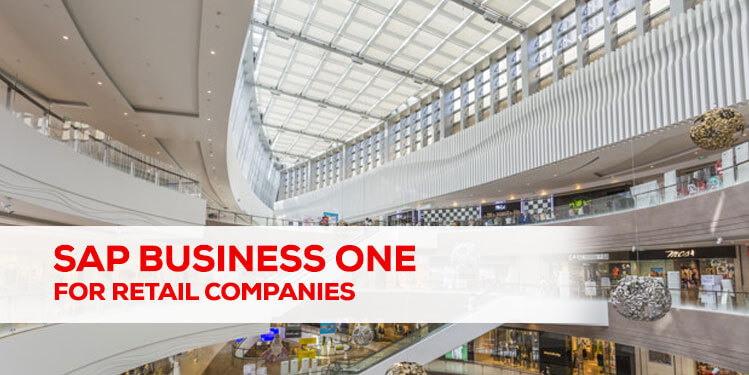 A retail company is a company that requires a high degree of accuracy. For the retail company execution process, it is quite difficult to do because the number of transactions carried out is quite a lot, of course, the amount of data managed also has quite high traffic.

The management of retail companies is very dependent on the management process, one of them is management related to accounting. Retail companies are spread quite a lot for that requires more detailed management and extra supervision. In managing a retail company’s accounting there are actually various ways such as the use of software that is able to manage administration such as absences, salaries to transactions that occur within the company.

One software that can be used is SAP for retail companies. SAP Business One is a software that produces ERP. ERP is an Enterprise Resource Planning that places more emphasis on the planning aspects of a company. Generally, this concept is a concept used to manage a company. For example the process of integrating a company’s plan so that it can carry out managerial functions properly. The purpose of ERP itself makes work more efficient and provides the best service for consumers.

Implementation of a good ERP for a company plays a vital role because the company is able to have a fairly good and structured database. For example in the marketing department will have data related to sales, purchasing and distribution supply. Systems that are made separate between each party in the company can be useful to avoid mismatches of data or often called “cheated data”.

Even small-scale retail companies can use SAP Business One. Because SAP for small retail companies provides a variety of key functions for retail such as data management for retail companies, merchandising, promotional features, sales and consignment purchases and connecting points of sales to SAP. And make it easier for you to do retail transactions between companies.

One of SAP’s official developers, the sterling-team, even has clients that are well known to the public, such as Planet surf, Feather, Matapel chemicals, EON chemical solutions, Yogya convenience store, Cotton ink, Sorella and various large Indonesian retail companies. Moreover, the sterling-team has repeatedly been awarded as the best partner of SAP business one. SAP for retail companies is the right solution for data transparency and system integration so that you don’t need to be confused about the company’s managerial problems.