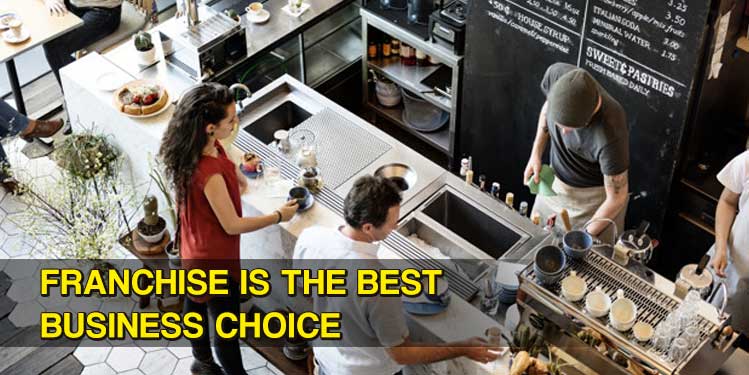 A franchise is a common thing. As long as you have a strong brand, you can lease intellectual property rights (IPR) to other parties.

This is different from opening a branch because usually, a business that is managed by another party does not involve you in terms of management.

If interpreted simply, the franchise is one party giving the RIGHT to use IPR for business purposes. The case of granting this permission will be governed by a contract with certain limits. Usually, the limit that is commonly used is to pay royalties for the use of IPR and also prohibits misuse.

In Indonesia, a franchise business is what is known as a franchise. You can check out famous franchises such as Popeye’s fried chicken or olive fried chicken. This brand inventor of recipes and menus allows you to open a fried chicken shop itself. But you have to pay for the contract and may not modify prescribed prescriptions or standard management.

Even if you pay for the contract, you can still enjoy the full benefits of the sale. Franchise owners also provide support such as supplying fried chicken ingredients, recipes, and even attributes for your fried chicken stall. Because there is strong branding power, franchising is usually a form of business that will become recognized more quickly than the generic fried chicken stalls under their own name.

To be clearer, let’s first discuss the meaning of the franchise keywords below:

The next thing you have to consider in a franchise business is the type or type. Although it has more or less the same function and system, the regulations for each franchise are different.

Therefore, this franchise is divided into its own types or types. Let’s discuss each type of franchise below:

For those of you who already understand and are interested in opening a franchise business, there are several advantages that you can enjoy, including the following:

Thus the discussion about the franchise business. With a business model becoming a franchise is an opportunity to make the business much bigger. Make sure to use the knowledge from this article for your own business success!