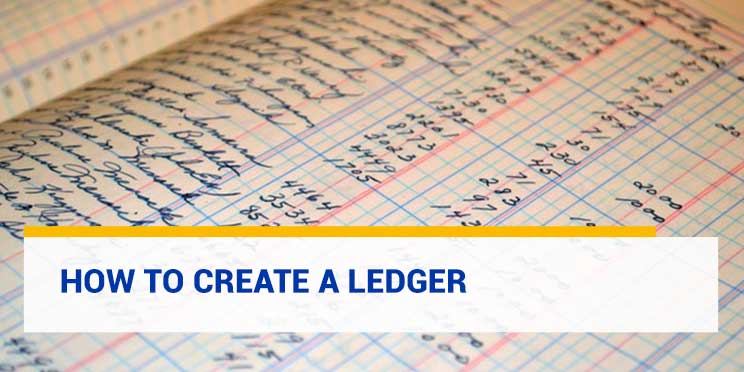 One of the important activities in the accounting process is compiling a ledger. How to make a ledger is not too difficult. However, it is very important for you to understand more deeply about the accounts involved.

A ledger contains various accounts for summarizing transactions recorded in journals. Ledger is also known as the book of final entry or the final record stage in accounting.

You need to understand the meaning of ledger first before knowing how to easily create the document. For more detailed information about ledgers and how to create a ledger, keep reading this article to the end.

Understanding and How to Make a Ledger

In general, the general ledger is a term for a ledger or a collection of accounts used in summarizing a transaction into a journal. Ledger is also commonly interpreted as a stage in recording the final summary of data obtained from the general journal.

Functions, Benefits, and How to Create a Ledger

The function of the ledger in a company is very important. The general ledger is used to summarize all transaction data that has been recorded in the general journal. That’s why it’s necessary to learn how to create a ledger.

It is important to know the method of compiling the ledger, because the general ledger is used as a tool to classify financial data. Ranging from large to small numbers. So you know the difference between all incoming financial data.

Any data that has been recorded in the journals must be classified again in the ledger. This is done to balance the number of accounts contained in the debit and credit columns and as information material when compiling financial statements.

Also read: Definition of Financial Statements, along with the Types and Benefits!

Yourself should be able to adapt it to your company. Well, here are some special functions of the accounting ledger:

Apart from the six functions of the ledger, there are also several benefits of the ledger. Why do you need to know how to easily set up a ledger? here are some of the benefits:

4 Forms of Ledger You Must Know

Before understanding how to set up a ledger, it is also necessary to know the forms of a ledger. There are several forms of these documents, including:

The controlling form ledger can also be called a two-column form. Skontro itself has the meaning of one side or divided into two, namely right and left or debit and credit.

The steps for making a ledger in the form of a discount are quite easy, but keep details in each transaction record and nominal. This type of ledger has an important function and is often used in companies.

Also read: How to Prepare a Simple Income Statement

This form of ledger is commonly used in companies that have a large number of transactions. The balance column contained in the Staffle form ledger is a single balance column, which is to write down the results after a debit or credit transaction occurs.

This method of creating a ledger is quite easy, especially if the number of transactions that occur in one period is large.

The form of this book resembles the form of a general ledger balance column. However, what distinguishes this form of ledger from the single-column staffle ledger, namely the balance column which is further divided into 2 columns, namely debit and credit columns.

The method of setting up a ledger is quite easy, you just need to follow the steps below.

Well, that’s the easy way to set up an accounting ledger. After understanding what a ledger is and its functions, it will definitely make it easier for you to make it.

Now the method of setting up ledgers looks a lot easier, doesn’t it? To make it even easier to develop your company, you can take advantage of the Sterling Team.

What is Sterling Team? Our company is an IT and ERP consultant who works to help companies to obtain and create value through the use of information technology.

We have a special application in the financial sector, which can facilitate the performance of ledger document creation. The application is called IREAP POS. Which you can find out more through the following site.

Thus a review of ledgers and how to create a ledger without the hassle. For those of you who are curious about Sterling Steam, you can visit our main page. Congratulations on the process to improve your company to be more valuable.